3 ways you can 3D laser scan like the pros

If you’re trying to break into the world of 3D scanning, or just sharpen your skills, there’s no better way to accomplish your goals than spending a little time with the pros.

If you want to hear a whole lot more from these industry leaders (and who doesn’t?) check out the whole webinar here.

As people get into 3D capture technology, Byrd says, they often start with the same question. Should I use the lidar on my phone? A handheld scanner? A backpack? What about mounting a lidar payload on a drone? On a robot? Are terrestrial scanners still relevant?

The choices are dizzying. But Byrd’s solution is simple.

“You should start with the end in mind,” he says. “Every type of project has a different requirement. Are you trying to capture 100 acres of a job site? Or are you trying to fabricate a piece of equipment? Is it an architectural job?”

Once you have defined the end, he says, you can work backward. Do research to define the requirements of the project — ask questions about budget, accuracy, deliverables, and so on. Then pick a tool that matches those requirements. 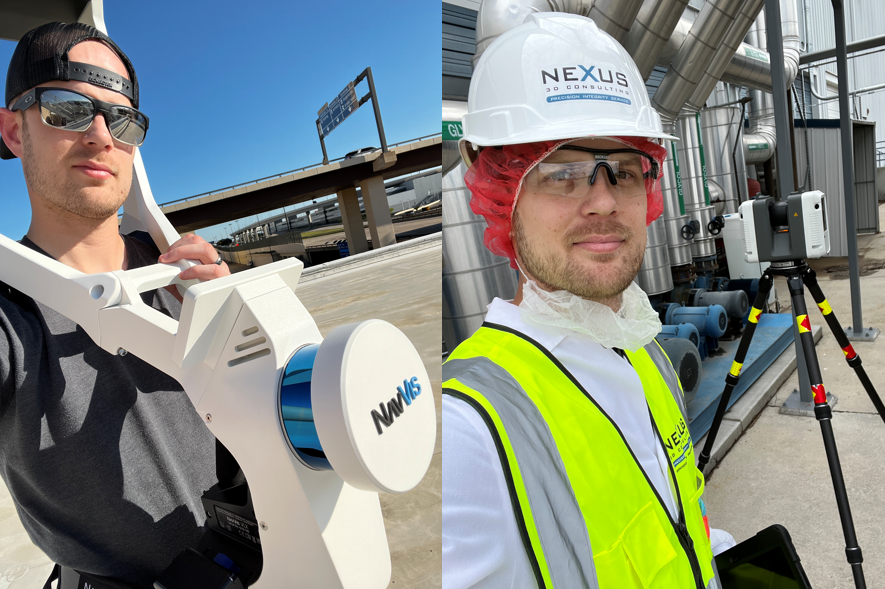 2. Think hybrid for software, too

You’ve probably heard about the virtues of the [hybrid workflow], which involves using multiple capture tools on a single project. Usually, that means two or more pieces of hardware, like a mobile mapping system and terrestrial lidar scanner.

But hybrid workflows aren’t just for hardware, says Stevenson. They’re for software, too.

He offered an illustration to explain. DLR is a design firm, he says, so their primary focus is using BIM software that can represent BIM models correctly and accurately. But on those same projects, they will often use NavVis IVION, because it’s better for showing the buildings to clients. “It’s a fantastic 3D visualization software that we use hand in hand with our BIM tools.”

Stevenson argues that everyone should think about using multiple software solutions — start by thinking about the needs of your project, and then work back. With a number of software tools, you can re-use that painstakingly gathered data 2x, 3x, 5x, or even 10x, for as many deliverables as you need.

“Don’t get hamstrung into a single solution,” he says. “Make sure the data you’re capturing can be translated multiple times for different processes in your projects.”

3. Do more with less using the NavVis Reality Capture Solution

Both of our power users say that the NavVis Reality Capture Solution — comprising NavVis VLX mobile hardware and NavVis IVION software — doesn’t just offer a faster way to capture. It can also help your business get more done with less.

Byrd, for his part, commented specifically on the value of a mobile scanner like NavVis VLX. “One of the first benefits is that we’re able to do big projects faster,” he says. “With mobile mapping, we can travel to a site and spend one or two days instead of four or five — and that’s helping us with one issue in the industry that everyone knows about: lack of resources.”

“Everyone’s trying to hire laser scanning professionals, and there’s a lack of people. So, we look at tools like this as efficiency gainers. We’re able to do more with what we have by buying a new tool rather than hiring another person.”

Stevenson notes that NavVis Reality Capture Solution has made his business more efficient as well. He says he found a great deal of value in the cloud processing offered by tools like NavVis IVION.

“The Cloud Processing Add-on for NavVis IVION has really paved the way to better efficiency. If you start thinking about a 10,000-square-foot building, and the number of static scans that would take… And the registration that comes along with that? That’s a lot of time. It’s a lot of computing power on a local system.” And, he notes, you’d have to process them one at a time, drawing out the timeline even further.

“With the Cloud Processing Add-on,” he says, “we can process a multitude of scans at the same time. We can dump an entire terabyte of data, come back the next morning, and we’ve got our Lego pieces. Then we can go back and assemble them.”

“It’s been a complete game-changer. It’s helping our small team to address the needs of our 1400-person company.”

These are just a few of the highlights from the hour-long discussion and audience Q&A. In the recording, the pros also discussed:

To hear everything they had to say, click through here to watch the webinar.

How 3D scanning drives innovation in facility and asset management