From intelligent ICT infrastructure, to self-driving vehicles, to trash cans that ‘know’ when they are full and need emptying, cities the world over are harnessing the latest technologies to help streamline the management of many municipal functions and processes. In this blog post, journalist Stephen Cousins looks at how smart 3d city models are being used to do so.

Everyone’s talking about smart cities, but what that precisely constitutes future urban environments remains elusive and hard to pin down. The term has been bandied about so much it seems even the simple installation of a set of LED streetlights gives some cities the inclination to call themselves ‘smart’.

Smart city innovators use 3D technology as an enabler

Yet there is real potential here. Smart city ecosystems can enhance the quality of life for citizens, improve their safety and efficiency, help business customers drive innovation and growth, and make cities more attractive to investors and potential visitors.

True smart city adopters do not view the technology as an end point, but as a key enabler for concrete strategies to improve the efficiency of the urban realm. Perhaps in future the smart city will no longer be referred to as such because the tech is so unobtrusive and integrated into citizens’ everyday lives.

As it currently stands, truly smart cities still feel like a somewhat futuristic concept. But the pieces of the puzzle are slowly coming together, and the missing ones are being identified and developed. Today, we will take a look at how 3D modeling software and 3D maps are playing an increasingly important role in harnessing the potential of smart cities.

Why smart cities are struggling to get off the ground

At present, there are no fully-integrated smart cities. Instead different, intelligent services have been bolted onto urban infrastructure for specific applications, such as free public WiFi, sensors that tell drivers how many spaces are free in a parking garage or apps that enable tourists or residents to engage with city authorities.

Such crowdsourced data, ideally combined with 3D geoinformation, can be very useful in the drive to improve a city’s day-to-day functioning and the smartphone is likely to underpin many smart city insights and services in the future.

The building blocks of smart cities

There are some essential building blocks to making cities smarter. Successful smart cities need highly efficient communications networks to speed the sharing of information. Bristol, the UK’s leading smart city, manages a private terabit optical fibre network, known as Bristol is Open, that connects to nodes around the city to form a high capacity communications backbone. It is being used to support a new Smart City Operations Centre, which includes emergency response, traffic control and community safety (CCTV) control rooms.

Artificial intelligence and machine learning are today’s tech buzzwords. The ability to collect, analyze and interpret vast amounts of data, from sensors, databases or other sources, is a key area of innovation being leveraged by city authorities.

Predictive analytics can help optimize traffic flows, or minimize the risk of overloading city infrastructure, by identifying where to redirect people and traffic. Big Data number crunching makes it possible to dig deep into datasets to generate new insights. For example, IBM’s Intelligent Operations Centre in Rio will leverage a powerful supercomputer to help city officials gain insights into disaster prediction, management and recovery. It will also enable analysis of social media comments and allow citizens to report their concerns.

While there are many components of a smart city, 3D visualization is becoming increasingly important as a means of making this concept accessible to a much wider audience. Smart 3D city models are being developed by cities such as Hamburg, Helsinki, Chicago and London to help streamline urban master planning and gauge the impact of new developments and public services.

Applications of 3D city modeling create digital replicas of the urban realm. Like a virtual city, they are built from a combination of aerial LiDAR, terrestrial laser scans and oblique high resolution photographs, make it possible for residents to visualize and comment on the impact of proposed developments and factors such as the amount of parking or open space provided.

The smart 3D city model developed by the City of Helsinki was built in the OpenGL format to add a layer of intelligence and BIM functionality to the 3D geometry. The model includes semantic information on over 80,000 buildings, plus ground surfaces and waterways.

Architects are being invited to insert BIM models of proposed buildings into the model to calculate the impacts on factors such as wind movement, sunlight and traffic.

The ability to illustrate a scheme and its impacts within the context of a broader model is in stark contrast to the way the construction industry currently operates, with urban planning and building/infrastructure design often treated as separate entities.

This siloed approach increases the likelihood that topographic surveys and utilities surveys are  duplicated, while areas mapped previously are not readily available. The ability to build and maintain data in a single city-wide model into the future could enable significant efficiencies.

For buildings not designed as BIM models, emerging technologies will play a significant role in providing a platform for smart cities. Innovative indoor mapping and surveying techniques from NavVis are already playing a key role in the development of a highly ambitious smart city project being implemented by the City of Duisburg in Germany.

NavVis’ browser-based software IndoorViewer will enable users to explore the buildings in a fully immersive 3D walkthrough. Some of the practical applications include a virtual tour of Duisburg’s historic waterworks, a digital guided tour through the Stadthistorisches Museum, and a centimeter-accurate customized map of various office buildings.

As the smart city thinking evolves, it is not unrealistic to predict that one day many city functions will be managed via highly detailed 3D models filled with GIS data as well as live data from sensors installed in buildings and infrastructure to give an accurate real-time picture of the city.

The city of Singapore is leading the field in this area having started the development of its own dynamic 3D digital model, a ‘digital twin’ of the city that incorporates data from Internet of Things devices, plus real time dynamic data, including information from the Internet and other sources.

The model will enable users from different sectors to develop sophisticated tools and applications, test-bed new concepts and services, and research new technologies to solve emerging challenges faced by the city. It’s an inspiring prototype for the kind of brave new digital we could all be living in in the not too distant future 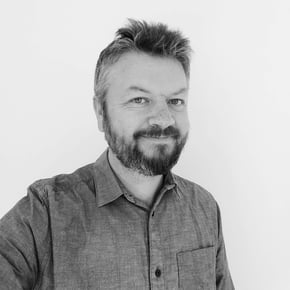 Stephen is an experienced freelance journalist focused on technology and sustainability in the Architecture, Engineering and Construction sectors.

How NavVis tech can improve communication with building occupants

In the first part of this blog, we shared how NavVis partner Geomap is providing an innovative facility management solution by ...
Start Reading
Bulent Yusuf Jun 2, 2020 6 min read

Scan-to-BIM Basics: 12 steps to bring an existing building into BIM

Let's explore the end-to-end process of a standard scan-to-BIM project, and learn the best practices for bringing existing ...
Start Reading