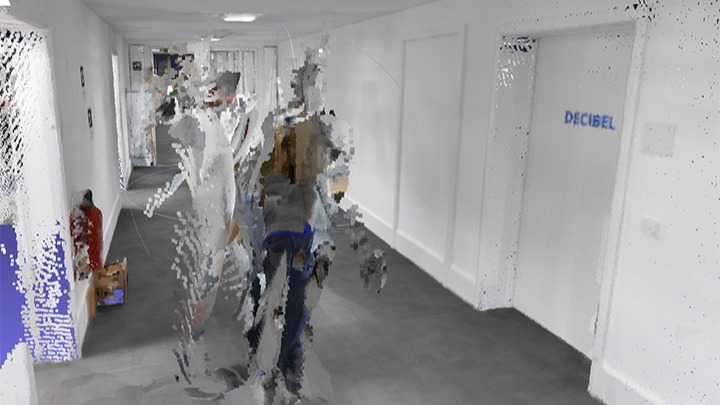 Fringe points and dynamic objects are two common types of point cloud artifacts that affect all 3D laser scanning devices. Fringe points arise when a laser beam hits the edge of an object as well as its background. This scattered beam ultimately appears as a so-called fringe around the edge of the object in the point cloud. The second type of point cloud artifact results when dynamic objects, such as humans walking through a scan, are captured by the laser scanner and then appear as artifacts in the point cloud.

The NavVis M6 IMMS is a simultaneous localization and mapping (SLAM)-based system that uses laser scanners to capture a high volume of measurement points of an environment. As SLAM-based mobile mapping systems move through the environment while scanning it, objects are observed from multiple different angles and positions. With the latest software update, the algorithms applied during the post-processing of scan data use those multiple observations to detect whether measurement points actually exist in the physical space. If it is determined that the point does not exist and is instead resulting from the laser beam hitting an edge or an object moving through the space, this point is automatically removed.

The result is a much cleaner, crisper point cloud that requires less clean up time in point cloud editing software and that is easier to use for applications such as BIM modeling.

The image below shows what an object where the laser beam has hit an edge looks like before and after the algorithm has been applied: 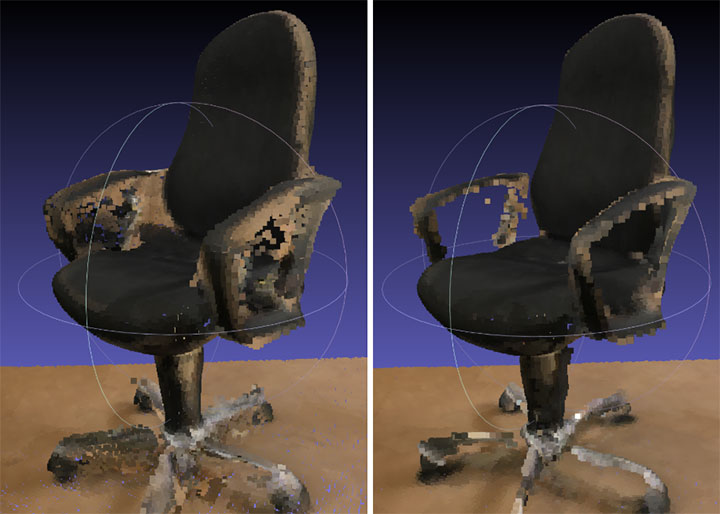 The image below shows a point cloud before and after the algorithm has been applied to a dynamic object: 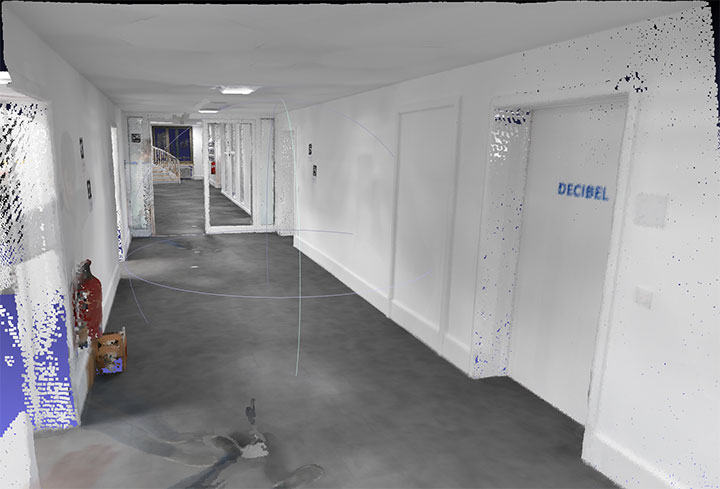 “We have been working hard to develop a very precise SLAM technology that significantly improves the quality of point clouds captured by a mobile device,” said Georg Schroth, NavVis co-founder and CTO.  “As this latest software feature shows, SLAM offers a lot of potential for laser scanning and AEC professionals who are looking for technology that not only speeds up the capture of data but also delivers high quality point clouds. We see a lot of potential in this technology and look forward to sharing future innovations.”

BMW Group relies on the support of the NavVis Digital Factory Solution to digitalize its plants worldwide, making them fit for the automotive production...

Learn more about how NavVis and AVEVA are partnering up to grant access to reliable as-built 3D data and take the next step in Digital Twin technology.

NavVis and HERE Technologies are working together to reshape transportation experiences.

The funding complements NavVis’s recent debt funding from the European Investment Bank to solidify its technological leadership position, leveraging its...