The world's first Digital Twin of a polar research ship, powered by NavVis

The icebreaker "Polarstern" is a landmark of German polar research and the flagship vessel of the Alfred Wegener Institute since 1982. In September 2019, Polarstern launched the most extensive research expedition ever to the Arctic, the multidisciplinary MOSAiC project.

The expedition aims to better understand the influence of the Arctic on the global climate. For the duration of the project, scientists from 17 nations will live together for over a year on the Polarstern. The ship will stand frozen in a fixed position on the Arctic Ocean, in one of the most inhospitable regions in the world.

As part of the extensive preparations for the research project, NavVis Mapping Partner DiConneX was contracted by AWI to digitally capture the Polarstern. Using innovative methods powered by NavVis, DiConneX mapped and scanned the ship to create a digital twin, so that research activities on the vessel could be better coordinated.

A total of 600 international participants, half of which are researchers, will be part of the mission. Many aboard the Polarstern have travelled from all over the world to use scientific equipment valued at millions of dollars; having virtual access to the vessel in advance of their trip (and independent of location) enables them to plan their expeditions more effectively and more safely.

More about the mighty Polarstern

First commissioned in 1982, the flagship vessel of the Alfred Wegener Institute has already covered more than 1.5 million nautical miles, or roughly 2.7 million kilometers (as of 2014). And it remains one of the most powerful research icebreakers in the world today.

The Polarstern is usually in operation for more than 310 days a year and covers an average of 92,600 nautical miles. With 20,000 hp engines, the icebreaker can easily navigate through ice up to 1.5 m thick. It's capable of operating in temperatures as low as -50 degrees Celsius and is well equipped to spend long winters embedded deep in the ice of the polar seas. 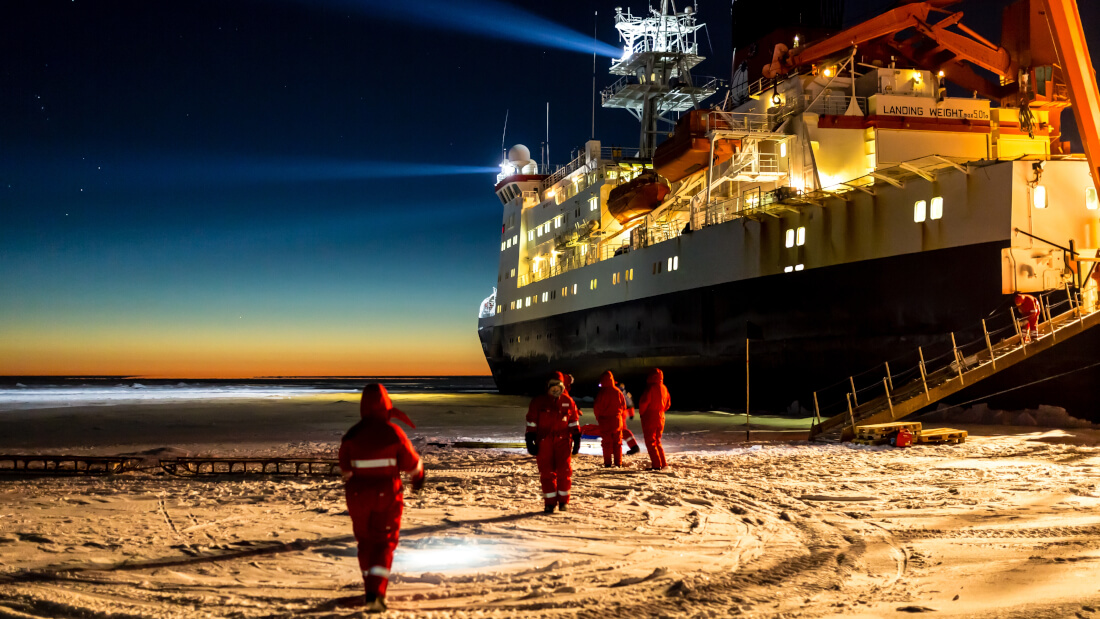 How DiConneX created a digital twin of the Polarstern

The optimal opportunity to digitally scan the Polarstern was during a crossing from Bremerhaven to South Africa in the fall of 2018, where the ship had stopped to refuel on Las Palmas. Within a limited window of time, DiConneX bought with them only the best tools for the job.

The team carried out the mapping and scanning within the Polarstern using a NavVis M6 indoor mobile mapping system, with some support from a terrestrial laser scanner (TLS).

"With the NavVis M6, the maneuverability and the possibilities to lower the head, we managed to digitize 80% of the ship.”

The brief was to capture all areas that are mission-critical for scientific researchers, providing them with the tools for prior inspection and planning of their expeditions. These included the engine room, research rooms, common areas, the bridge, and the infirmary.

"Due to a moving ship, narrow hallways and flat ceilings, the conditions were different from industrial buildings," says Jungedeitering. "With the NavVis M6 we were able to get the best results in a challenging environment."

In addition to the maneuverability, there were benefits in the time the job required overall.

"We planned with four days," says Jungedeitering, "but then, in the end, it only took us two and half days, and then after four weeks, we were ready and had the model online." 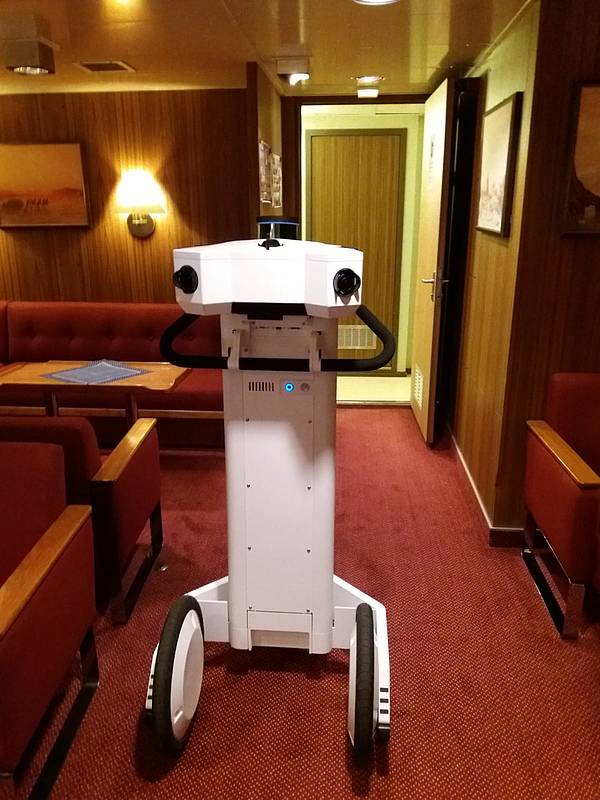 DiConneX has also provided an intuitive tool for AWI with a custom interface based on NavVis IndoorViewer, a web-based 3D building visualization software where researchers can interact with laser scan data as fully immersive digital buildings.

Here is also where the remaining 20% of the reality capture process resides, seamlessly integrated into the scan data captured by the NavVis M6.

“We performed the other 20% with a TLS scanner and then merged this data in the NavVis IndoorViewer, continues Jungedeitering.

“The TLS scans offer us the possibility to display the panorama pictures via E57 files and navigate neatly in NavVis IndoorViewer. This works great, and we have had good experiences.” 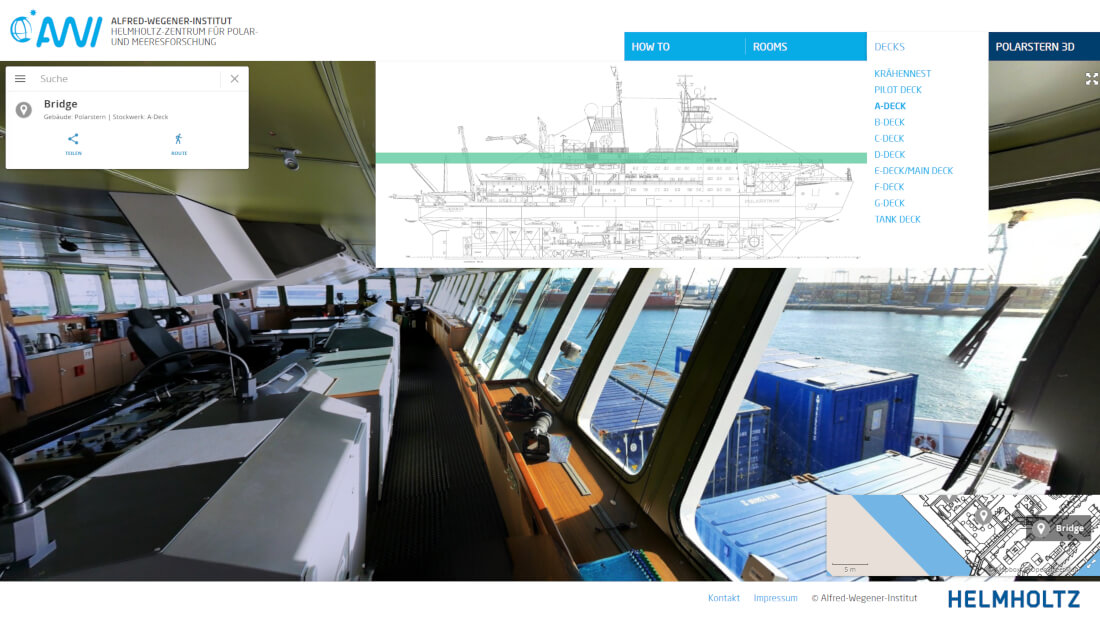 NavVis IndoorViewer is perfect for accessing the Polarstern from anywhere around the globe remotely. A digital twin of the research vessel ensures that all necessary information is accessible at any time via an intuitive web interface.

The digital representation now makes it possible to walk through all essential areas, measure distances, and access information on specific rooms and components on the Polarstern. From anywhere on the planet. From any device with a web browser.

"Due to a moving ship, narrow hallways and flat ceilings, the conditions were different from industrial buildings. With the NavVis M6 we were able to get the best results in a challenging environment."

In this way, scientific researchers now have a valuable insight into the living situation, the technology, and the space required for their instruments long before they board the vessel.

Greater accessibility enables participants to reduce their costs many times over, long before the start of a project on the Polarstern. Since going live, the world's first digital twin of a research vessel has already been accessed by researchers more than 2,500 times.

The main benefit here is the reduction of travel costs. And of course, this form of "remote planning" is also a important use case for building construction and facility management. 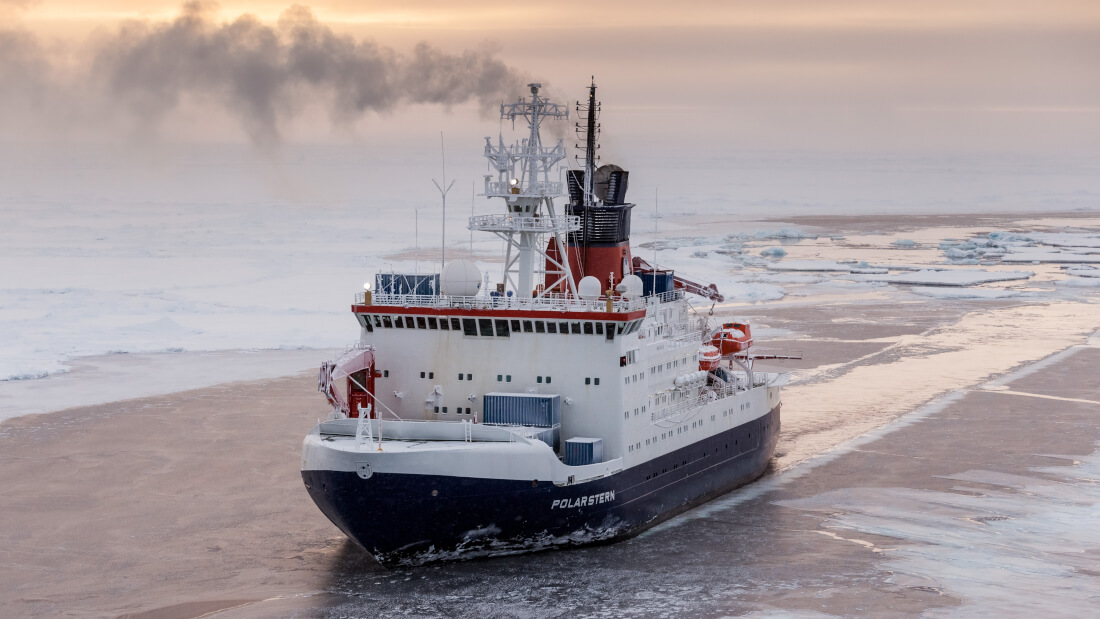 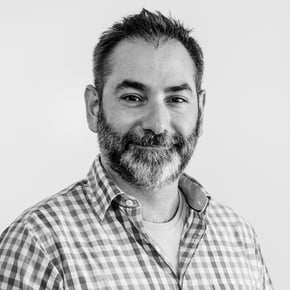 Enhance occupational safety with a digital building powered by NavVis

A practical use for digital buildings at the Jade University of Applied Sciences in Oldenburg demonstrates their power and ...
Start Reading
Bulent Yusuf Jun 28, 2019 4 min read

How LevelS3D mapped the République Métro in Paris, one of the largest subway stations in the city, in two days using the NavVis ...
Start Reading